I designed these coins for the fantasy live role-play Trenne Byar (Three Villages) which took place in the summer of 1994, close to Ludvika, Dalarna, Sweden. The event was attended by more than one thousand people. In the village of Vidhamn there were taverns where you could order proper food, across the lake there was the farmers’ village of Arnros and far far into the woods you could stumble upon the monastery Svalvid.

Around 18 000 of these coins were in circulation, they were used by everybody for their everyday tasks. They came in two kinds: tins and coppers. The coins could be split in halves and one tin equalled six coppers. The tins had the king’s dove on one side, and his testicle dagger on the other. The coppers had the three pillars, symbol of the fictitious faith, on one side and a shield with two crossed ears of wheat, symbol of the arduous endeavors of the people, on the other.

I also designed the script encircling the pieces. I was called Dulin and was designed to be ease to learn, yet impossible to automatically read to emulate illiteracy where that was desired. Hundreds of people learned how to read and write. 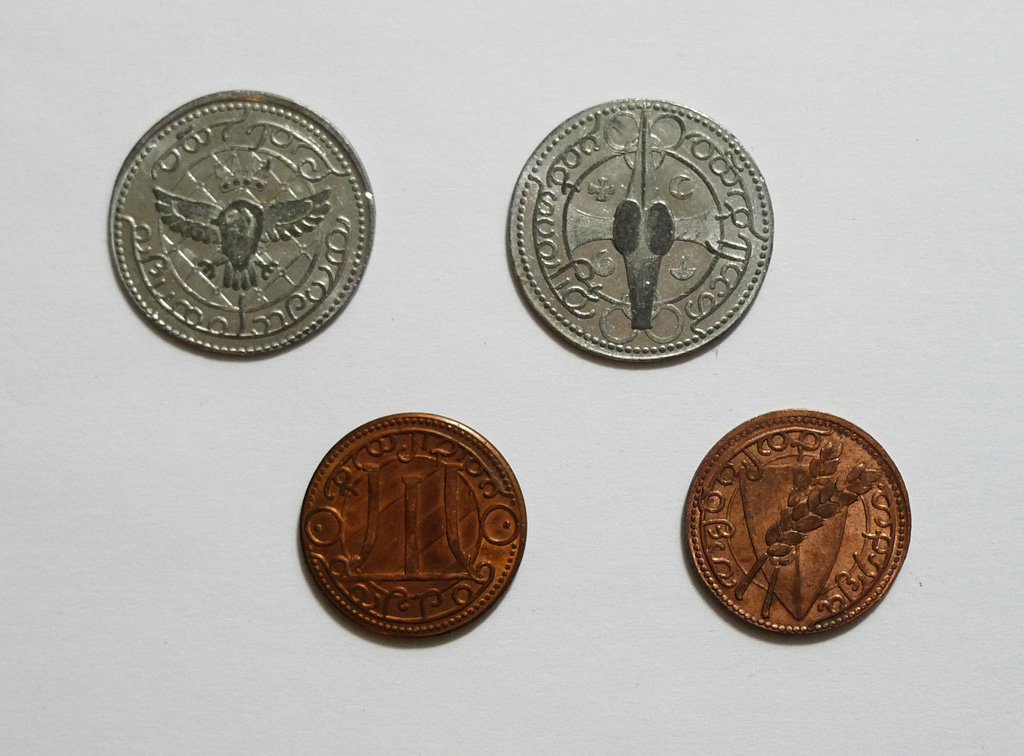